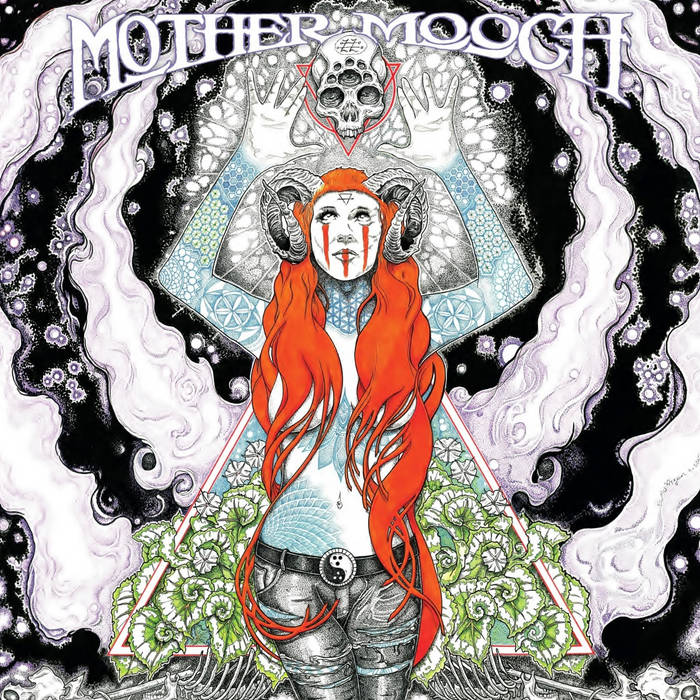 The Bear The package works. Modern Heavy Pretenders feel. She is sultry and deep, while that sinister guitar grabs me. Favorite track: Misery Hill.

zzzptm Oooh yeah, there's some power and fury in this sound. Vocals are excellent and the rest of the band does not disappoint. Make this part of your balanced breakfast each day! Favorite track: L.H.O.O.Q..
more...

"Nocturnes is the debut full-length from Dublin five-piece Mother Mooch, and in its eight tracks, they set their footing in a genre-spanning aesthetic, pulling from slow-motion grunge, weighted heavy rock, psychedelic flourish and even a bit of punk on the shorter, upbeat “My Song 21” and “L.H.O.O.Q.” Those two tracks prove crucial departures in breaking up the proceedings and speak well of a penchant [...] toward sonic diversity. They bring a similar sensibility to the closing Lead Belly cover “Out on the Western Plain” as well, whereas cuts like opener “This Tempest,” “Into the Water” and “Misery Hill” work effectively to find a middle ground between the stylistic range at play. That impulse, seemingly innate to their songcraft, is what will allow them to continue to develop their personality as a band and is not to be understated in how pivotal it is to this first LP."
-The Obelisk (US)

"‘Nocturnes’ is an astounding album by a band that have so much potential to get recognised on a global scale. They are without a doubt one of the best bands on the Emerald Isle in the present day and this record is hard evidence to support such a claim. Their blend of psychedelia with grunge and stoner rock/doom is a highly sought after formula and Mother Mooch are keeping the secret closely guarded - and rightfully so."
- The Sludgelord (UK)

“The music flows seamlessly through grungy Alice in Chains-style vocals, up-beat Venom-esque tempos, and groovy psychedelic solos. This dynamic team manages these musical strains with a finesse that I ultimately found quite pleasing. Mother Mooch has a broad appeal. A full spectrum of heavy music — from psychedelia to doom to grunge—wrapped up in one beautiful package.
- Doomed & Stoned (US)

"Behind the relatively simple song structure there’s a concentrated effort of arrangement and technique, and behind the forceful vocal delivery there’s a dedication to honest storytelling. This may be, in fact, why ‘Nocturnes’ manages so successfully to conjure up such a melancholy, introspective atmosphere across its eight tracks."
GoldenPlec (IRL)

“...a desert blues that oozes ominously from the speakers”
- Hot Press Magazine (IRL)

"A diverse musical feast... One of the best female vocal performances of the last year"
More Fuzz (FR)

"[A] wonderful and weird sounding mix of Psych, Desert Rock, Blues, Grunge and Stoner Rock given a trippy modern makeover."
Outlaws of the Sun (UK)

"It is the group effort that makes Mother Mooch who they are. I believe their strong suit is serving the song like many of their 90's elders did."
- Stoner HiVe (De)

"This is a diverse and dramatic debut by Mother Mooch that has a lot to offer. They’ve taken samples of punk, shoegaze, psychedelic, alternative and mainstream rock and fused them all together to forge a sound that’s simultaneously singular and familiar. The outcome is a melodic and multifaceted album that will appeal to a wide array of listeners."
- Pure M (IRL)

"Some of you may have caught on to the band earlier this year with their killer 3-song sampler release "Preludes".... the full-length has finally arrived and it does not disappoint. The band has a "classic rock" sound that blends many different styles from heavy psych to 90's grunge. That artwork is astonishing!"
- Heavy Planet (US)

"Mother Mooch are a rare breed among Irish bands in terms of the brand of rock they create, an island of proper hard rock in a sea of indie, folk and electronica."
- Remy's Music and Film Blog (IRL)

"..a small bomb into the psychedelic universe… 'Nocturnes' has to a lot to offer: energy and rawness - bundled in feverish songs. Discover it ... now, old scrounger."
- Streetclip.tv (DE)

"'Nocturnes' was completely self-produced by the band and they couldn’t have done a better job. It’s very professional sounding for a debut and they’ve maintained an organic sound. The band throw enough at the listener to keep them entertained for the 30 minute duration, delivering a solid slab of heavy rock music."
- Shredload (IRL)

Mother Mooch are a five-piece heavy psych band from Dublin, Ireland. "Psychedelic doom-grunge" is the best description they've heard of their music to date

Bandcamp Daily  your guide to the world of Bandcamp